AN EXERCISE IN ORTHOPEDICS: Arnold's "Junior" Injured in Surfing Accident

Christopher Schwarzenegger was released from the hospital Monday evening.
The son of actor and former California governor Arnold Schwarzenegger and journalist Maria Shriver, 13-year-old Chris was boogie boarding on July 17th when the tide suddenly turned on him. And his turn was for the worst... 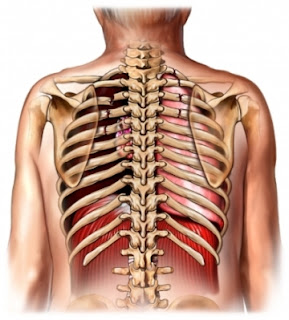 His mother Maria witnessed the accident and promptly called for an ambulance. Chris was rushed to the UCLA Medical Center with broken ribs, a few other undisclosed fractures, and a collapsed lung. He remained in the ICU for about a week until he reached a full recovery.
The Breakdown

Although Chris was treated for several injuries, the broken ribs were no doubt painful, but luckily, the least of his worries. Broken ribs become increasing dangerous when they puncture vital organs or blood vessels.

Most broken ribs, depending on the extent of the fracture, heal within 6 weeks. Chris will have complained of soreness in the rib cage area - and sharp pain when taking deep breaths.

Medications such as Tylenol will help with the inflammation and pain. Stronger medications and even nerve blocks can be given for severe pain.

A serious complication of broken ribs is pneumonia and a patient’s symptoms must be monitored closely so that it can be avoided. Junior...will be back! Enjoying the beaches and returning to face the tide.
Posted by Dr. Raj at 8:59 AM