AN EXERCISE IN ORTHOPEDICS: Dr. Raj Discusses the Angel Out for the Season

Mark Trumbo is known for playing an infielder position for a Major League Baseball team-- the Los Angeles Angels of Anaheim.  He plays right infield and first baseman.


At only 25 years old, he is a leading contender for the American League Rookie of the Year Award. 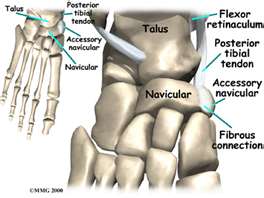 For about a month and a half, Mark had been playing several games with pain in his right foot. On Monday, September 26th, 2011, after several tests- including MRIs, CT scan, and x-rays, the team orthopedist discovered a stress fracture at the top of his right foot in the navicular bone.


No surgery is indicated for Mark but he will need to rest his foot for the rest of the season. He will be placed in a walking boot with no vigorous activity for at least 6 weeks.


The Breakdown
A stress fracture is one of the most common causes of foot pain. A metatarsal stress fracture is also called a “March fracture” because pain increases with activity specifically seen in solider recruits. In several interviews, Mark stated he felt throbbing pain across his right foot and felt his activity was limited.

These types of fractures need time to heal properly to avoid surgical intervention. An x-ray would have shown a hairline crack in one of the metatarsals (foot bones)-in this case the navicular bone.

Treatment includes rest for 6-8 weeks usually in a stiff orthopedic boot. Mark will be ready to return for next season as a full–time first baseman!
Posted by Dr. Raj at 5:30 AM